The US military is adamant that it will not play a role settling election disputes with its top uniformed officer, the Chairman of the Joint Chiefs of Staff Gen. Mark Milley clearly setting out the Pentagon’s position in a letter to Congress last month.

“The Constitution and laws of the US and the states establish procedures for carrying out elections, and for resolving disputes over the outcome of elections … I do not see the US military as part of this process,” Milley said in the letter to two members of the House Armed Services Committee.

“In the event of a dispute over some aspect of the elections, by law U.S. courts and the U.S. Congress are required to resolve any disputes, not the U.S. Military,” Milley added.

“The Department of Defense does not play a role in the transition of power after an election,” US Navy Capt. Brook DeWalt, a spokesman for the Pentagon told CNN Thursday.

But despite its public stance, some commentators have questioned whether Trump might attempt to direct the military to act on his behalf, using the Insurrection Act to deploy active duty troops on American streets in order to bolster his position in the midst of a disputed election result. Any move to invoke the Act would be met with staunch opposition from Pentagon leadership, multiple defense officials tell CNN.

While Trump has not suggested he’d call on the military to decide the election, his opponent, former Vice President Joe Biden, has publicly floated the idea of top military leaders playing a role in ousting Trump should he refuse to leave office following an electoral defeat, a suggestion that drew pushback from Pentagon officials and experts on civilian military relations. 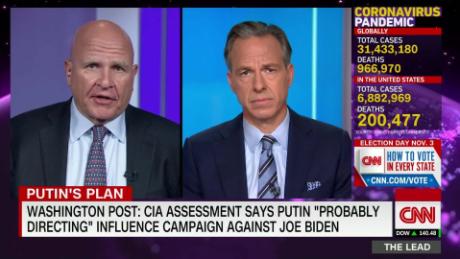 “Those who suggest that the military would have any role in transition, they are being equally irresponsible,” he added, saying “the military should have nothing to do with partisan politics and nothing to do even with any talk of a transition between administrations.”

Even before Trump’s comments this week refusing to commit to a peaceful transition, CNN has reported that senior Pentagon leaders have been concerned Trump may invoke the Insurrection Act to deploy active duty troops as well as civilian law enforcement to quell protests sparked by the killing of George Floyd in June.

Defense Secretary Mark Esper made the Pentagon’s position on the Insurrection Act clear in a June press conference. “The option to use active duty forces in a law enforcement role should only be used as a matter of last resort, and only in the most urgent and dire of situations. We are not in one of those situations now. I do not support invoking the Insurrection Act,” he told reporters.

Trump has made several public references to using the Act in recent weeks as he pushes his law and order messaging on the campaign trail, even as he claims he doesn’t want to use it. 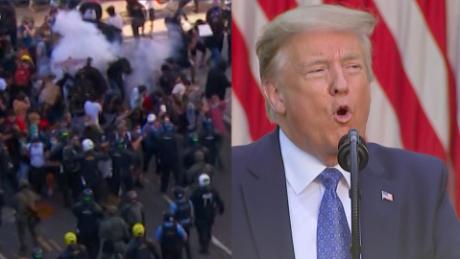 Can Trump legally deploy US troops to US cities?

Milley is staying in Washington as much as possible, partially due to the coronavirus pandemic curtailing travel but also partly due to a concern Trump may decide to deploy the military on the streets against civilian protestors, multiple sources have told CNN.

Milley continues to get briefed on protests and unrest, in part so he can continue to make the case that civilian law enforcement must remain a first priority to be used rather than the military barring a catastrophe that overwhelms civilian authorities.

While the Insurrection Act does empower a president to deploy armed forces in certain situations to restore law and order, some experts believe doing so would be problematic in the event of an electoral dispute.

“While the President could invoke the Act on his own relating to an election dispute, that invocation would be immediately subject to legal challenge and, barring drastic and completely unforeseen circumstances, would be struck down in the courts,” Elie Honig, a CNN legal analyst, said.

The military is just one of the organizations of government that Trump might seek to use. The administration has displayed a willingness to use other federal agents, including officers from the Department of Homeland Security, to achieve its objectives, sometimes deploying them against the wishes of local officials.

Attorney General William Barr recently pushed back on the notion that the Trump administration would use its executive power to stay in office.

“All this bulls— about how the president is going to stay in office and seize power? I’ve never heard of any of that crap. I mean, I’m the attorney general. I would think I would have heard about it,” Barr told the Chicago Tribune earlier this month.

Some experts believe that the Constitution and US laws largely prevent an American president from using the military and other organs of executive power to prolong his tenure in the face of a disputed election.

“Our laws and history make clear that the military has no formal role in resolving electoral disputes; that job falls in various manifestations to voters, the states, Congress, and the courts, and if there is any need for enforcement of electoral procedures or security, that is the job of civilian law enforcement in the first place, not the military,” Honig said.

The Posse Comitatus Act, for example, prevents the president from using the army to enforce law within the United States, thereby limiting a president’s ability to use troops to participate in the electoral process.

“It is not entirely certain that the president holds power to declare martial law — particularly relating to his own election — and any such attempt by a president almost certainly would be challenged in court and deemed illegal hence, not recognized by the military,” Honing said. 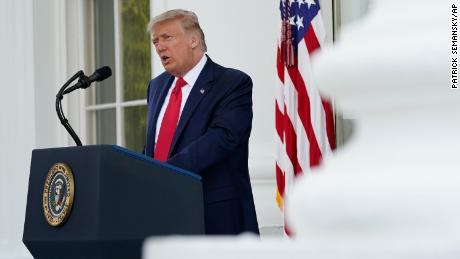 Kori Schake, an expert on civilian-military relations at the American Enterprise Institute, told CNN that the way the Constitution is written means that Trump would cease being commander in chief on Inauguration Day, even if no winner is formally declared in the election.

At that point in time, the military would have a new commander in chief, the speaker of the House of Representatives, regardless of the whether or not Trump remains physically located in the White House.

“There is the mechanism of governing, I have spoken to our defense leaders about this issue,” the Chairman of the House Armed Services Committee, Democrat Rep. Adam Smith, told CNN’s Erin Burnett Thursday.

“No matter what, President Trump is going to be President until January 20. There’s all manner of mischief he can do between here and there, he can’t just unilaterally overturn the election, so come January 20, he’s out, and all of the layers of government will no longer serve him,” Smith said.

“Does he try to order the military to defy that? What the military has made clear to me is they will not follow an unlawful order period. For instance, if the President had ordered them into a city, as he was threatening to do, they were prepared to say no that’s not a lawful order,” Smith added, saying “their oath is to the Constitution, much to Donald Trump’s chagrin it is not to him.”

In his closing remarks during a virtual town hall Thursday, Milley encouraged US troops to remain apolitical.

“Stay apolitical and keep the Constitution close to your heart. Thanks for what you’re doing,” he said.