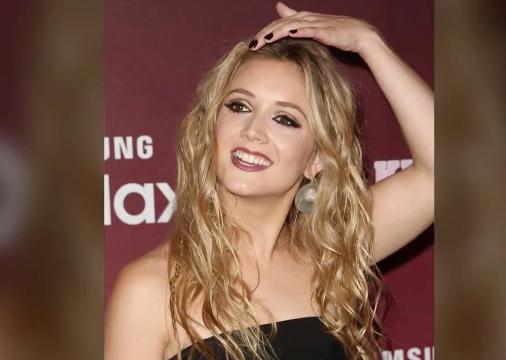 Billie Lourd revealed that she first got a call from JJ Abrams when he was still looking for an actress to play the lead role, Rey.

The “American Horror Story” star took to Instagram on Thursday to announce that she and her fiancé have welcomed their first child together.

USA TODAY has reached out to the couple’s reps for more details and further comment.

The news came as a surprise to many fans of Lourd, who stayed quiet about her pregnancy on social media.

“no wonder you’ve been so silent on social media,” commented @princesslourd.

In June, Rydell announced his engagement to Lourd, confirming that “She said YES!!”

The two are often featured on each other’s Instagram accounts. On Valentine’s Day, Lourd shared multiple posts with her now fiancé, writing that Rydell makes “my world go ’round #toinfinityandbaeyond.” Rydell also posted photos with her in 2018, saying she “is making my life so amazing.”

On Mother’s Day this year, Lourd paid tribute to her mother Carrie Fisher, who starred as Princess Leia in the “Star Wars” series. Fisher died in December 2016 at age 60 due to “sleep apnea and other undetermined factors,” according to the Los Angeles County medical examiners.

“Sending my love to anyone who has lost a mother and anyone who might just be having a complicated Mother’s Day this year,” she wrote in the Instagram caption of an old black-and-white photo of the pair. “This is my 4th Mother’s Day without my Momby and days like today are never easy, but I’ve found that doing things that make me feel more connected to her make it a little easier – watching her favorite movies, listening to music we listened to together, looking through old pictures and my personal favorite – eating + drinking things she loved.”