Biden Meets With US Workers, Businesses Impacted by Coronavirus 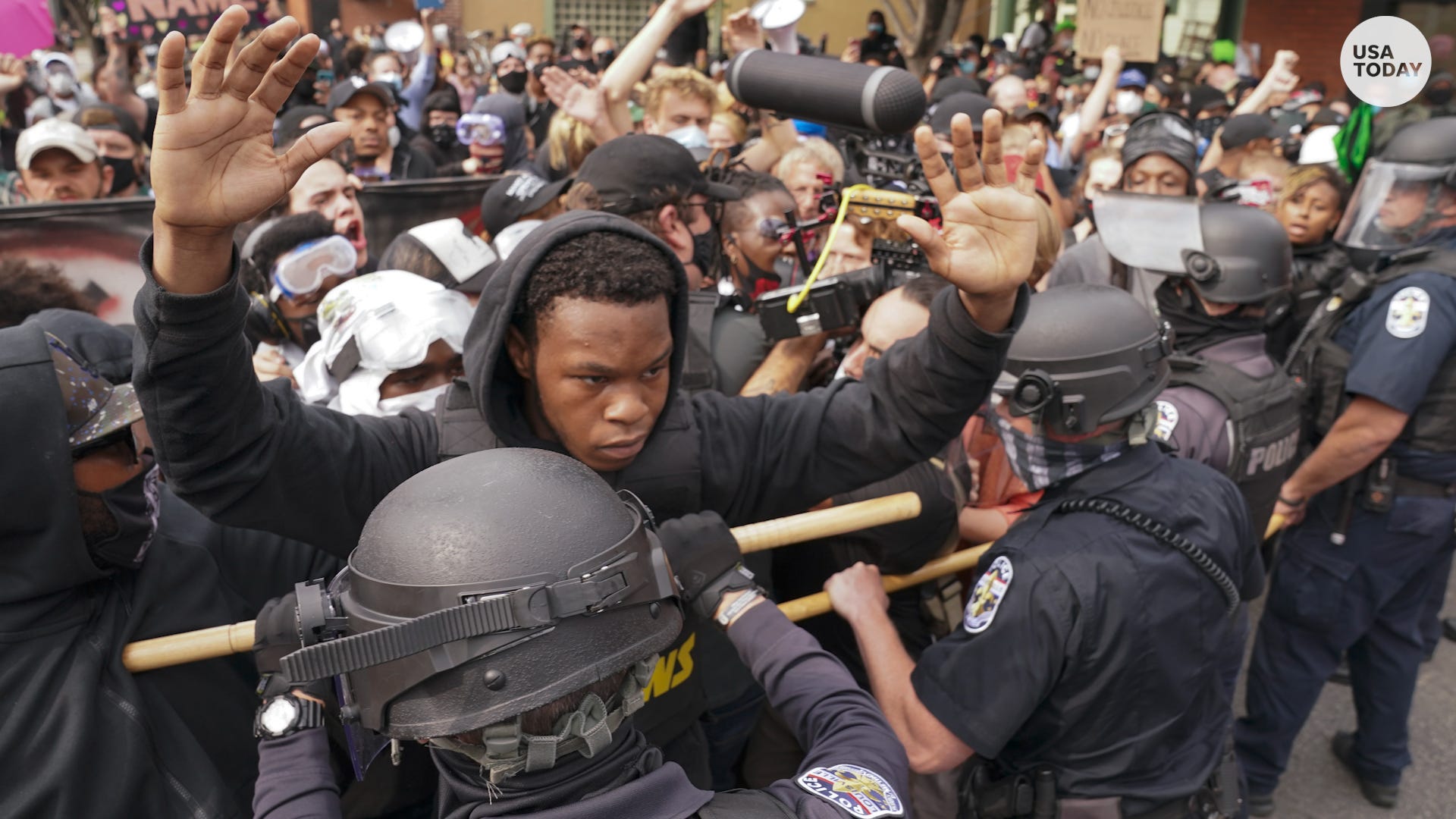 Protests resumed in Louisville after a grand jury indicted one of the three police officers involved in the death of Breonna Taylor.

A Seattle police officer has been placed on administrative leave Thursday following an incident captured on a livestream, which shows an officer walking a bicycle over the head of a person lying in the street amid protests in the city.

The incident was captured about 37 minutes into a Wednesday night live stream of protests in Seattle from CJTV MEDIA and has subsequently been widely shared on social media. The protest happened the night following a Kentucky grand jury’s decision to not indict officers in the fatal shooting of Breonna Taylor.

The video shows a line of police line advancing toward protesters, after officers apparently said the gathering in the street was an unlawful assembly.

While protesters mostly retreated, a person who appeared to be wearing head protection can be seen lying in the street.

As officers on bikes moved forward, one officer who was walking beside his bike can be seen rolling the bike over the head or neck of the person lying in the street.

In a release announcing the officer being placed on leave, the Seattle Police Department said more than a dozen arrests were made in Wednesday night’s protests.

“Individuals were responsible for attacking a business in the area, launching an incendiary device into the East Precinct nearly hitting officers, throwing rocks and bottles at officers, setting multiple fires, and violently striking an SPD officer in the head with a metal baseball bat,” the release says.

Previously, Seattle police said in a statement they were aware of a video circulating on social media that “apparently shows an SPD bike officer’s bike rolling over the head of an individual laying in the street,” the department said. “This matter will be referred to the Office of Professional Accountability for further investigation.”

On average, Seattle’s Office of Police Accountability fields up to 1,500 complaints about police misconduct each year. In just the first two months since the death of Floyd, which spawned demonstrations in Seattle and across the country, more than 18,000 reports flooded the office.

“It’s been all hands on deck,” said Andrew Myerberg, director of the office that investigates police misconduct claims.

Driven largely by social media, the public scrutiny of police during local demonstrations has produced waves of reports, Myerberg said, including thousands of complaints addressing the same incident. The image of a child’s pained reaction to a burst of pepper spray, for example, generated about 14,000 complaints to the office.