The agency’s unusual reversal comes as the country prepares for flu season and cooler weather that will likely drive many people to spend more time indoors. 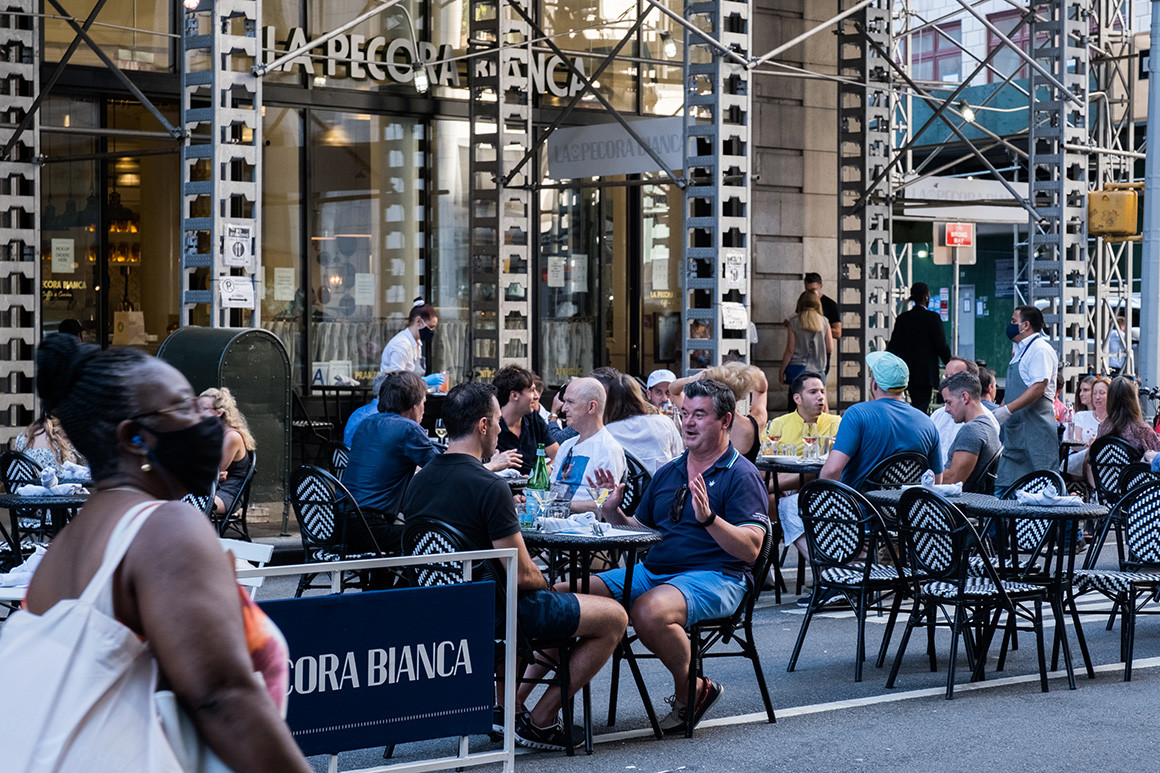 The CDC has reversed its stance on whether the coronavirus is airborne, days after it warned that the virus spreads most commonly through the air and is more contagious than the agency had previously suggested.

Language explaining that the virus is airborne, published Friday, was a “draft version” posted to the agency’s website in error, according to a note published on Monday morning. “CDC is currently updating its recommendations regarding airborne transmission of SARS-CoV-2,” the note says, adding that a version of the Friday language will be posted once the process is complete.

“This was an error on the part of our agency and I apologize on behalf of the CDC,” John Brooks, chief medical officer for the CDC’s COVID-19 Emergency Response, during a call Monday with providers and state and local health officials. “We weren’t ready to put it up.”

The agency’s website now emphasizes the risk of close person-to-person contact, as it before the change Friday. That is “the main mode” of transmission, Brooks said.

The CDC’s unusual reversal away from warning of airborne transmission comes as the country prepares for flu season and cooler fall and winter weather that will likely drive many people to spend more time indoors — increasing their risk of exposure to an airborne virus.

The version posted quietly Friday cautioned that the virus spreads mainly through “aerosols, produced when an infected person coughs, sneezes, sings, talks, or breathes.” The guidance also noted that the particles that can travel farther than 6 feet and are especially dangerous in enclosed spaces with poor ventilation.

And it specifically cautioned that choir practice, restaurants and fitness classes or any indoor environments without good ventilation increase a person’s risk of catching the virus. The change in guidance was first reported by CNN.

Background: The CDC’s backtracking adds to mixed messages from the agency and the White House on the evolving threat of the coronavirus. It comes amid concern about political interference at the public health agency, after POLITICO revealed that the Trump administration has attempted to interfere in the CDC’s scientific reports.

Brooks defended the CDC’s reports, saying the agency’s authors “work methodically to follow the most rigorous scientific review process akin to that of highest scientific journals to ensure timely accurate reliable and most important trustworthy public health information and recommendations.”

The agency also came under fire last month after it stopped promoting testing for most asymptomatic people with extended exposure to someone with a confirmed infection. Top Trump administration officials involved with the White House coronavirus task force last month ordered the CDC to make that change, POLITICO has reported. The agency reversed course last week and once again recommends testing for people without Covid-19 symptoms who have had a high-risk exposure to someone with the virus.

What’s next: For months, CDC has stressed that the virus spreads mainly between people in close contact — usually within 6 feet or less. That advice guided response efforts across the country, with businesses, schools and other establishments enforcing social distancing requirements that people stay 6 feet apart.

The Trump administration continues to push schools and businesses to reopen, and the president is holding large, indoor campaign rallies — which would be considered high-risk events under the retracted CDC guidance.