The words of US president Donald Trump while attending a briefing on the wildfires raging across California.

He was in the state to receive an update on the crisis and was responding to Wade Crowfoot, California’s secretary for natural resources, who had just called on people not to put their heads in the sand and ignore climate change.

When the president said things were going to get cooler, Mr Crowfoot replied: “I wish science agreed with you.” 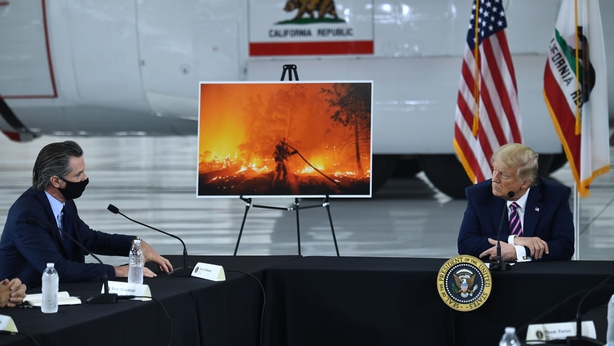 Donald Trump receives an update on the California wildfires

It was enough to shut the conversation down but Wade Crowfoot was determined to have the last word on the matter tweeting later: “It actually won’t get cooler Mr President. #ClimateChangeIsReal.”

What is also real is the devastating impact of the wildfires sweeping the western United States.

Lives have been lost, thousands forced to flee their homes and millions of acres of land have been destroyed.

Scientists and local leaders agree that climate change is to blame but the US president isn’t convinced.

He has blamed bad forest management; accusing state authorities of not sweeping up leaves, taking away dead trees or cutting clearings in the forests to reduce the spread of fires. 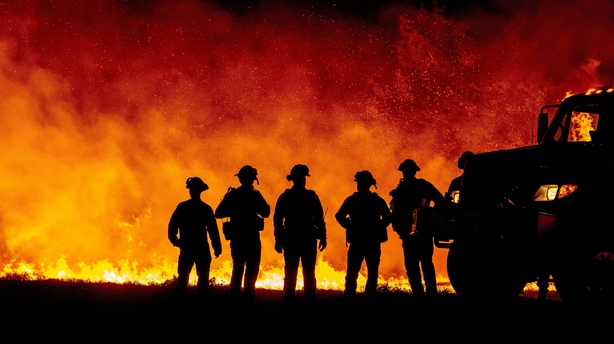 At Monday’s wildfire briefing, President Trump was arguing climate change with a California official to his left and arguing land management with the California governor on his right.

Governor Gavin Newsom conceded that there was at least some common ground on the issue of vegetation and forest management but he also made a direct appeal to Donald Trump.

“Please respect, and I know you do, the difference of opinion out here as it relates to this fundamental issue of climate change,” the governor said.

At times of crisis Donald Trump likes to play the blame game, to find a fall guy. The coronavirus is China’s fault.  Racial unrest and protests are down to radical mobs and weak Democrats.

The governors of the states affected by the wildfires are easy targets for the US president. California, Oregon and Washington are run by Democrats.

He also delivered a statement on the wildfires and struck a very different tone saying that the recent bouts of nature’s fury were caused by inaction on climate change.

Donald Trump has in the past described climate change as a “hoax” and pulled the US out of the Paris Climate Accord.

The Trump administration this week appointed a well-known climate change sceptic to a senior role at the US weather and climate research agency, NOAA. 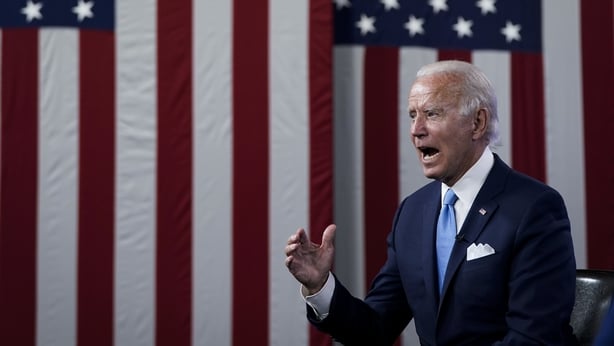 “If you give a climate arsonist four more years in the White House, why would anyone be surprised if we have more of America ablaze?” he asked.

Joe Biden went further than saying Donald Trump was a climate change denier, accusing him of being science denier, making reference to his handling of the coronavirus.

The US president clashed with another one of his Covid-19 experts in recent days.

This time it was Dr Robert Redfield, the head of the US Centres for Disease Control.

He told a senate hearing on Wednesday that a limited supply of a coronavirus vaccine may be ready by November but that it could be another year before it is widely available to the general public.

This contradicts Donald Trump, who has repeatedly said there may be a vaccine available by as early as next month. This would of course benefit him politically as it would be just in time for November’s election.

Dr Robert Redfield also testified that wearing a face mask might offer more protection than a vaccine and again, this jars with Donald Trump’s view. He has questioned the effectiveness of mask-wearing. 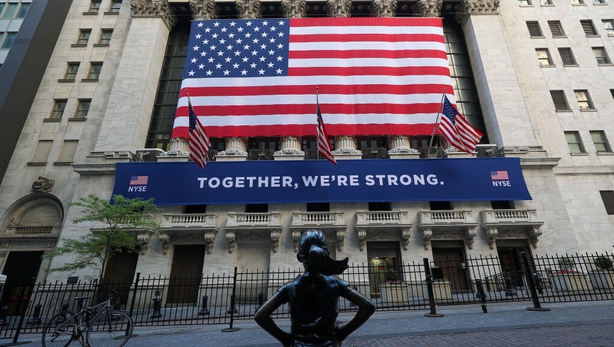 The US President said he called Dr Redfield after he made his comments and told reporters that he thinks the CDC director may have made a mistake, misunderstood the question and got confused.

Something that is also confused is Donald Trump’s messaging on masks.

At the start of the pandemic he downplayed their importance and was never seen wearing one in public.

That all changed in July, when on a visit to a hospital to meet wounded soldiers, the US president was filmed for the first time wearing a mask.

After that he seemed to embrace the concept, tweeting a picture of himself wearing a mask saying it was the patriotic thing to do. 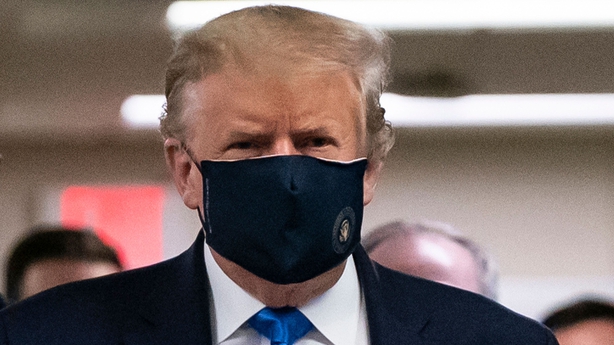 In recent weeks however, he has been less supportive of face coverings, even mocking his opponent Joe Biden over his mask-wearing.

At an ABC News townhall event on Tuesday Donald Trump said that a lot of people don’t want to wear masks and think they are not good.

He pressed on who exactly he was referring to.

“I’ll tell you who those people are: waiters,” Mr Trump said.

Whether it’s climate change or the coronavirus, we have never seen science playing a such a big role in a US election.

Polling day is just six weeks away and while Donald Trump may believe the climate will start getting cooler, his political battles are set to get more and more heated.