US Election 2020: How crucial are Indian, Pakistani voters in USA

Sun Sentinel – We are currently unavailable in your region

Analysis: The absolutely bonkers threat Donald Trump made this week

Melania Trump tears directly into Joe Biden as a 'socialist' 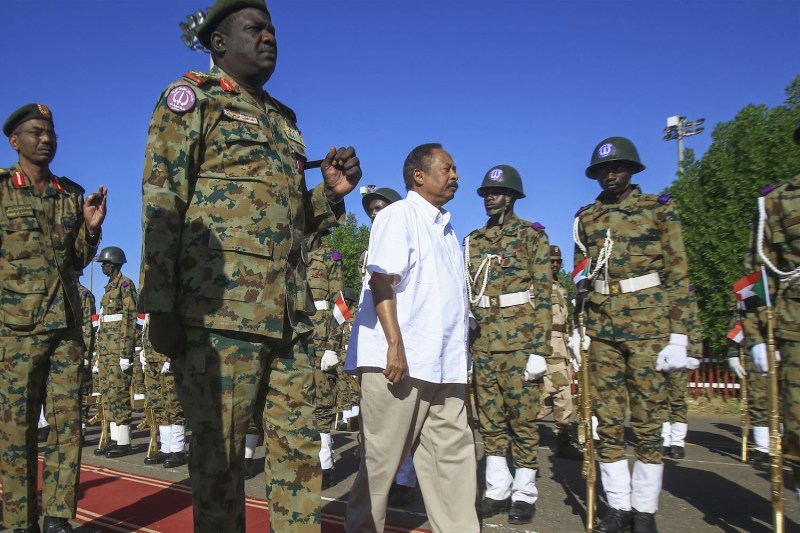 As Congress prepares a stopgap spending measure to fund the U.S. government, one obscure provision that could be folded into the legislation represents a do-or-die moment for an East African country as it struggles to embrace democracy.

For months, U.S. lawmakers and diplomats have engaged in grueling behind-the-scenes negotiations with a fragile civilian-led government in Sudan to remove the country from the U.S. list of state sponsors of terrorism. The designation harkens back more than two decades to a time Sudan was ruled by an authoritarian who helped al Qaeda leader Osama bin Laden orchestrate deadly attacks against U.S. embassies in Africa. The designation turned Sudan into an international pariah and blocked the country from the international financial system.

Now, following a revolution last year that ousted dictator Omar al-Bashir and established a civilian-led government, the Trump administration is looking to change that. In exchange, Khartoum would settle about $335 million worth of decades-old legal claims with the families of victims of terrorist attacks that Bashir’s government abetted, including the 1998 bombings of U.S. embassies in Kenya and Tanzania, as well as the deadly bombing in 2000 of the USS Cole in Yemen.

The problem is that not all families who suffered see things the same way. Some support such a deal, including a proposal for Congress to pass legislation that would grant Sudan “legal peace” and absolve it of further legal claims as a sovereign country. Other families sharply oppose such a move, in part because the deal would grant the families of American citizens who died in the attacks significantly more money than non-American citizens. Still others, including some families of victims of the 9/11 attacks in New York and Washington, are calling on Congress not to grant Sudan legal peace before their claims are advanced in courts. (Some U.S. officials cast doubt on whether Sudan’s former regime played any role in 9/11, as bin Laden was based in Afghanistan at the time.)

U.S. Secretary of State Mike Pompeo has now urged lawmakers to support the delisting, in his most vocal support of such a plan to date.

“The United States has a once-in-a-generation opportunity to ensure that compensation is finally provided to victims of the 1998 al-Qa’ida-backed terrorist attacks on the U.S. Embassies in Kenya and Tanzania,” Pompeo wrote in separate letters to Sens. Mitch McConnell, the Senate Republican leader, and Chris Coons, a Democratic member of the Senate Foreign Relations Committee who has played a key behind-the-scenes role in negotiations. “At the same time, we also have a unique and narrow window to support the civilian-led transitional government in Sudan that has finally rid itself of the Islamist dictatorship that previously led that country,” Pompeo wrote.

Securing the deal would represent another foreign-policy success for the Trump administration, which recently helped secure diplomatic normalization between Israel and Bahrain and the United Arab Emirates. But, despite backing from both sides of the aisle, it’s not a done deal yet.

Democratic Sens. Chuck Schumer and Bob Menendez are among the lawmakers who have been hesitant to move forward out of respect for victims of 9/11, officials and congressional aides said. These victims’ claims are not covered in the agreement but could be pursued under separate legislation, the Justice Against State Sponsors of Terrorism Act. Meanwhile, a bloc of leading Democratic and Republican lawmakers have been pressing their leadership to move forward on the deal, arguing that it would both compensate victims of terrorism and restore relations with Sudan.

Ed Royce, a former Republican member of Congress who served as chairman of the House Foreign Affairs Committee and who now represents some of the families of victims in the 1998 bombings, argues it’s must-pass legislation. He said that Sudan’s democratic transition “hangs by a thread” and that the country needs to be taken off the terrorist sponsor list to bolster the Sudanese government politically and unlock much-needed foreign investment.

“There is no justifiable reason to label it a state sponsor of terrorism and keep the controls on the economy when the people took this chance to try to embrace … democratic values,” he said.