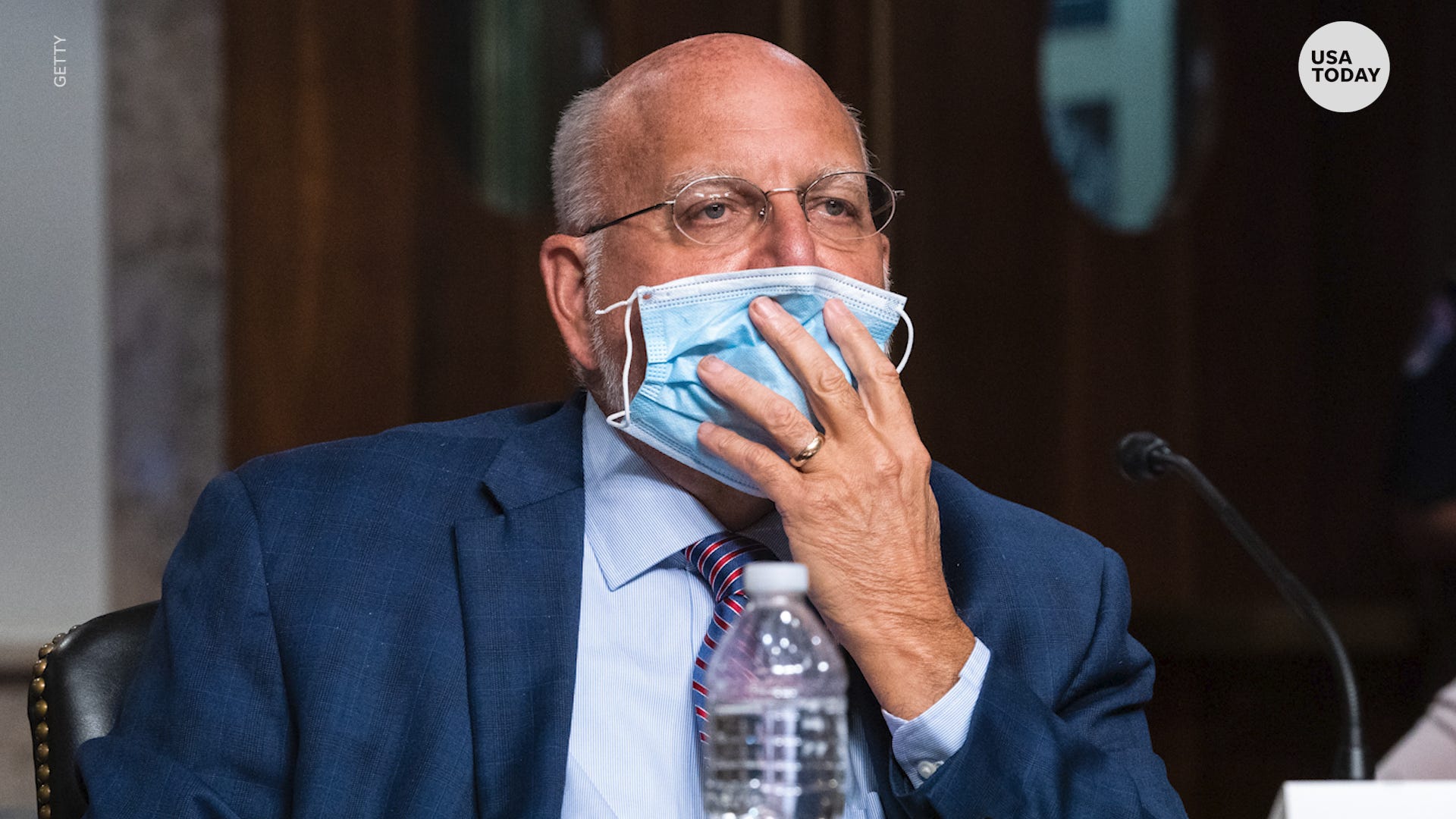 CDC Director Robert Redfield testified at a Senate panel on coronavirus and gave his opinion on face masks, but then President Trump contradicted him.

A group of people who oppose wearing masks took them off at a Florida Target store, blasting and singing the 1984 hit Twisted Sister song “We’re Not Gonna Take It.”

The small but vocal group approached customers inside the Fort Lauderdale store this week.

“Take your masks off. We’re not doing it. Take off your masks. We’re not going to take it anymore,” the group shouted, pumping their fists in the air, some wearing “Make America Great Again” gear.

Dee Snider, the frontman of the 1980s metal band, tweeted in response to the viral video, scolding the group: “No … these selfish (expletive) do not have my permission or blessing to use my song for their moronic cause.”

Save better, spend better:  Money tips and advice delivered right to your inbox. Sign up here

Target started requiring shoppers to wear masks or face coverings at stores nationwide Aug. 1. For shoppers who do not have masks, the retailer said its stores provide disposable masks at entrances.

The stunt drew quick action from Broward County officials. Target was fined for not enforcing the county’s mask law, and citations were mailed to the protesters, the South Florida Sun Sentinel reported.

Danielle Schumann, a Target corporate spokeswoman, said the group was asked to leave “after they removed their masks and became disruptive and rude to other shoppers.”

Fort Lauderdale resident Chris Nelson told the Sun Sentinel that his group, ReOpen South Florida, organized the “flash mob.” He posted a YouTube video of it from their vantage point Tuesday.

“In celebration of Burn Your Mask Day we decided to spread some freedom dust over the shoppers and employees of Target!” the YouTube caption said.

Conflicts at businesses and viral videos of shoppers’ tirades have erupted amid the coronavirus pandemic. The Centers for Disease Control and Prevention advised stores not to argue with angry anti-mask customers,

In early July, Melissa Rein Lively’s spiral in an Arizona Target was caught on video for all to see. She recorded herself destroying a mask display – something she told USA TODAY she regrets. She’s in treatment for mental illness.

The Florida video started going viral Wednesday, the same day CDC Director Robert Redfield told a Senate panel that a vaccine may not be available to the American public until summer or fall 2021 and that masks are “the most important, powerful public health tool we have” – possibly even more effective than a vaccine.

Hours later, President Donald Trump criticized and contradicted both comments, repeatedly suggesting Redfield may have misunderstood the questions asked of him under oath.

Target stores extended their hours at many locations to 10 p.m. and offer “no-contact fulfillment options,” including Drive Up curbside pickup and deliveries through Shipt, the company said.