US Election 2020 Wisconsin profile: How state voted in 2016, demographics and more

WASHINGTON – Democratic nominee Joe Biden said Thursday that he has benefited from the privileges of being white, a sentiment that differs from President Donald Trump, who has consistently denied the existence of systemic racism.

“Sure, I’ve benefited just because I don’t have to go through what my Black brothers and sisters have had to go through,” the former vice president told CNN’s Anderson Cooper during a televised town hall event in Pennsylvania.

More: How Pennsylvania could swing the presidential election to Trump again

Biden’s response came after journalist Bob Woodward released several recorded interviews with Trump, including one where the president dismissed questions about benefiting from white privilege, saying Woodward had “drank the Kool-Aid.”

“Just listen to you. Wow,” Trump scoffed at Woodward. “No, I don’t feel that at all.”

Biden CNN town hall in Pa.: 3 takeaways from a battle between Scranton and Park Avenue

Biden also pointed to his working-class roots while trying to distance himself from the type privilege Trump has been accused of having, saying that “Guys like Trump who inherited everything and squandered what they inherited are the people that I’ve always had a problem with, not the people who are busting their neck.”

Are you registered to vote?: Check your status or register online now

The contrasting comments between the two candidates comes as the country has been facing a reckoning this summer over racial injustice in policing, resulting in protests and calls for reform.

Trump has followed pattern of dismissing systemic racism within various institutions of the U.S.

In July, CBS News’ Catherine Herridge brought up George Floyd, a Black man who died pleading for breath earlier this year as a Minneapolis police officer knelt on his neck, asking “Why are African Americans still dying at the hands of law enforcement in this country?” 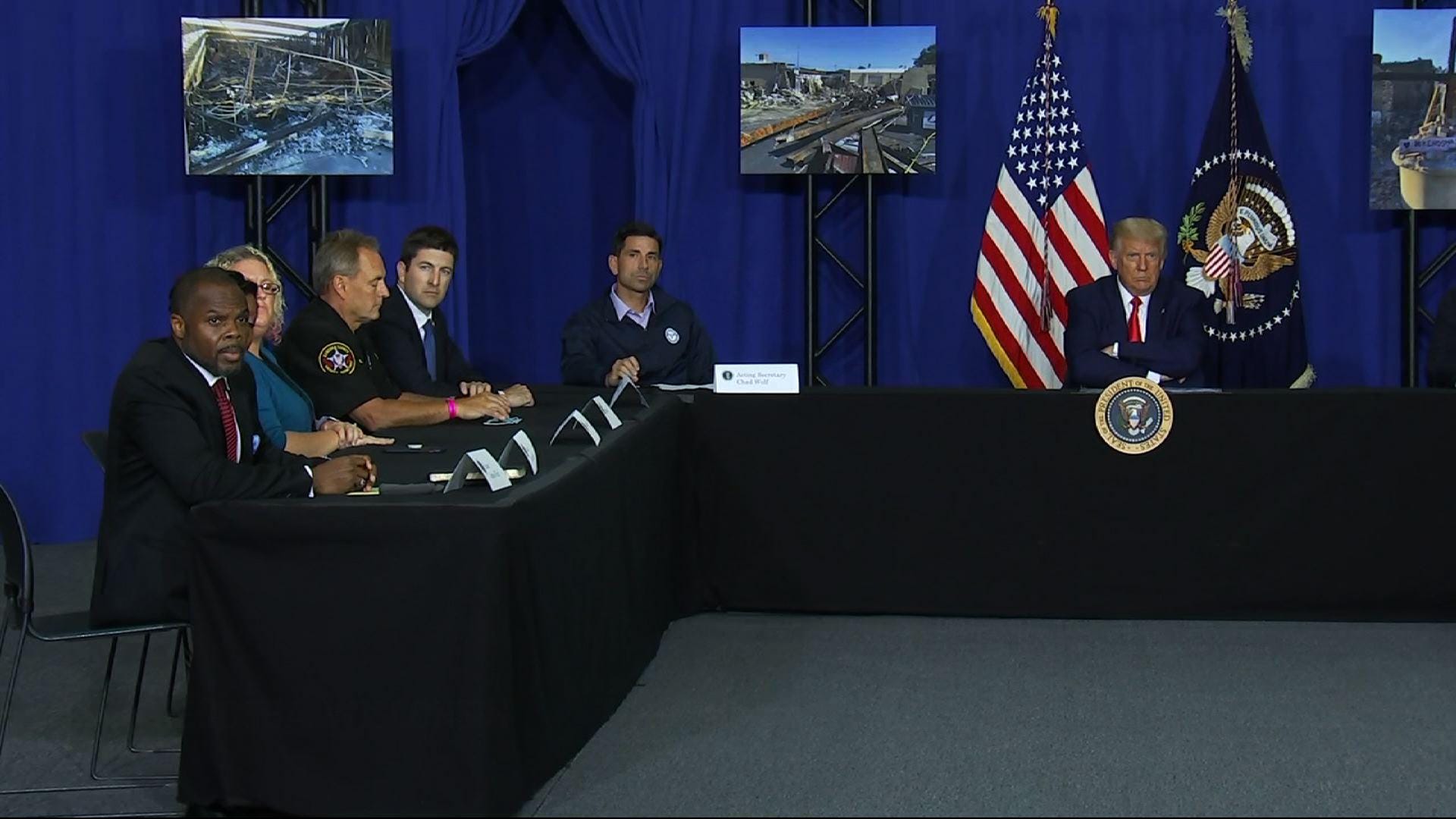 Trump: Systemic racism in policing not a problem

President Donald Trump says he doesn’t believe there’s a problem with systemic racism in policing as he wraps up a tour in Kenosha, Wisconsin. He toured damage there that occured after the police shooting of Jacob Black, who is Black. (Sept. 1)