Sally is slowly moving inland. Congress vows action on a coronavirus relief package. And when can we expect a vaccine?

But first, local public health officials looked to the CDC for help to fight the coronavirus. Instead, the agency offered flawed guidance and conflicting information.

Sally’s slow roll through the South

Hurricane Sally, which has weakened to tropical storm status, battered Alabama and Florida in its slow grind over the Panhandle. Making landfall early Wednesday morning as a Category 2 storm, Sally is still – categorically – a nightmare. Behind her, Sally leaves a path of destruction: Catastrophic flooding, a partially collapsed bridge, more than half a million without power. Waterlogged streets have transformed into rivers and rain gauges are overflowing. When it’s all over with, forecasters say Sally will have dumped up to 3 feet of water into some areas. “It’s just a nightmare,” said Weather Service forecaster David Eversole in Mobile, Alabama. In the days to come, the massive storm is expected to make a northeastward turn as it slowly swings across the Southeast.

Sally is the eighth named storm to make landfall in the continental U.S. this year — the most through Sept. 16 in recorded history. An eerie similarity? Sally’s path and landfall follow Hurricane Ivan’s 16 years ago — a Category 3 storm that devastated the area. 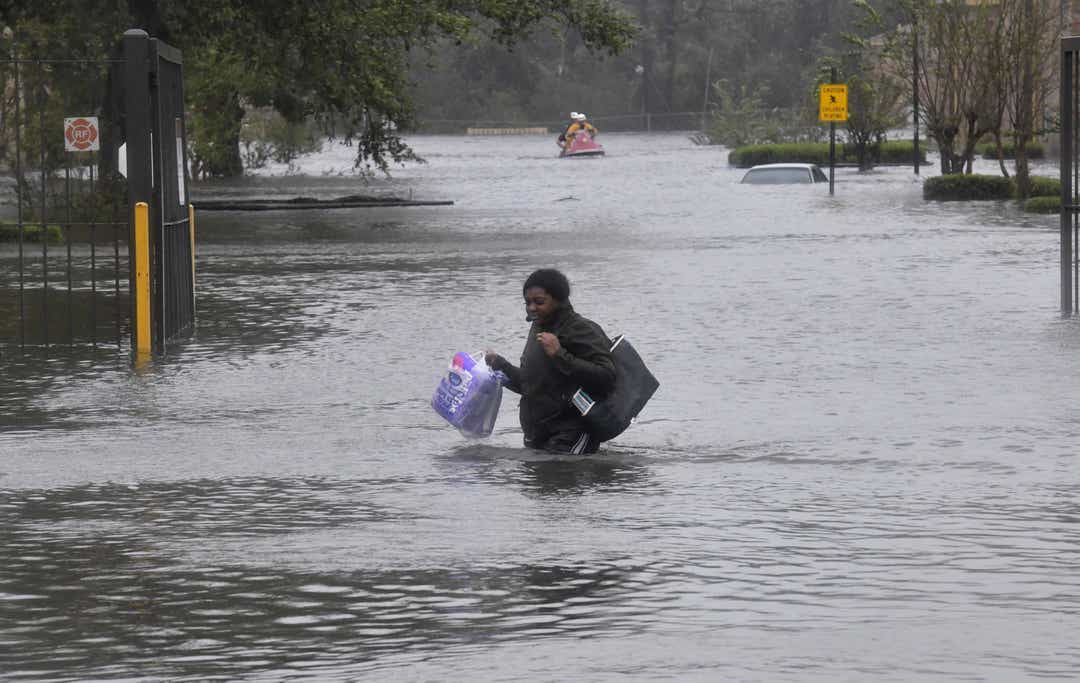 No deal? No break, says Pelosi

Speaker Nancy Pelosi said the House will stay in session until a breakthrough is made on a coronavirus bill as negotiations over another stimulus package remain deadlocked. “We are committed to staying here until we have an agreement, an agreement that meets the needs of the American people,” she said. Democrats and Republicans haven’t been able to work out a deal, even though many Americans have now lost financial assistance and protection from evictions. Why can’t they come to an agreement? The two sides are at odds over issues like unemployment insurance, liability protections for companies, and funding for cash-strapped states and local governments.

What everyone’s talking about

A vaccine at warp speed?

The White House’s Operation Warp Speed is aptly leaning into its namesake. Federal officials announced Wednesday that the United States plans to begin distributing a coronavirus vaccine within 24 hours of it being approved. The initial rollout could begin as early as late this year or in January, and the vaccine will initially be in short supply, going to the most vulnerable, said CDC director Dr. Robert Redfield. “‘When is it going to be available to the American public so we can begin to take advantage of vaccines to get back to our regular life?’ I think we’re probably looking at late in the second quarter, third quarter 2021,” he said.

As Election Day inches closer, everything seems to keep getting weirder – if that was even possible. A round-up of election news, just for you:

Re: voting. It’s already underway! This is when early voting and mail-in voting for president begins in every state.

A break from the news

This is a compilation of stories from across the USA TODAY Network. Want this news roundup in your inbox every night? Sign up for The Short List newsletter here.