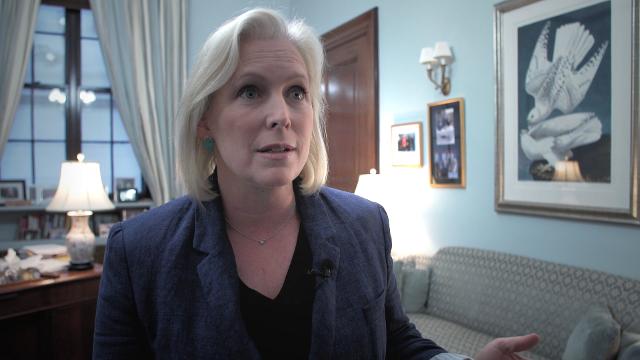 WASHINGTON – The former civilian head of the Pentagon’s Missile Defense Agency sexually harassed two women in his office for seven years, subjecting one woman to unwanted attention and photographing her buttocks and massaging another woman during a “mentoring” session, according to a Pentagon Inspector General’s report released Wednesday.

John James retired earlier this year as the inspector general’s office continued its investigation. James, the former executive director of the agency, told investigators that his interactions with the women were attempts to “mentor” them.

USA TODAY obtained the report under the Freedom of Information Act. Bloomberg News first reported that a senior official had quit his post after the investigation had begun.

James did not offer a formal response to the inspector general’s findings, although he did speak with investigators and denied taking the photo of the first woman and massaging the second woman. He blamed the complaints on a disgruntled employee passed over for promotion.

“There’s a modicum of truth in the interactions, but no intent for sexual harassment, or favors, or anything of that nature,” he told investigators.

The Missile Defense Agency develops and deploys systems to defend the United States, its troops and allies against ballistic missile threats, such as those from North Korea. In a statement, the agency’s leadership expressed alarm that the harassment occurred over seven years and pledged to support the victims.

Vice Adm. John Hill, the agency’s director, plans to share his personal concern with the women who were “subjected to misconduct by the most senior civilian in the agency and offer them his and the Agency’s full protection, support and assistance,” Mark Wright, an agency spokesman, said in a statement. Hill ordered a comprehensive review of harassment policies, procedures and training.

“Vice Adm. Hill is alarmed that Mr. James’ misconduct extended over such a long period before allegations were reported,” Wright said.

The military has had persistent problems with sexual harassment and assault within the ranks of its active duty troops. Last year, a major survey found that one in four troops had faced sexual harassment. Defense Department civilians can also be victimized, as the report shows.

The inspector general substantiated complaints that James began harassing the women in 2012, a year after he arrived at the agency. The harassment continued into 2019 despite counseling James had received about his behavior in 2017. The inspector general began investigating complaints in September 2019. James retired on Feb. 29.

Investigators pored over 421,800 emails, messages and other documents, and examined cellphones, tablets and laptops.

For seven years, James “repeatedly sought out and made deliberate, unwelcomed physical contact” with the first woman, whom he didn’t directly supervise or had little reason for “professional interaction,” the report says. The woman and her supervisor had unsuccessfully tried to avoid interacting with James.

In 2014 at an agency event, James photographed the woman’s buttocks on her personal device as she walked to a food tent. She deleted it immediately after seeing it and reported it to her supervisor, she told investigators. James denied taking the photo, the report says.

James also asked for the woman’s cellphone number, led her to the dance floor at agency events and shook her hand for uncomfortably long periods, according to the report. A witness described the handshaking as “odd and creepy.” In 2018, James told the woman he had been “chasing her for seven years.”

A supervisor told investigators that James’ conduct toward the woman was “wrong. It’s just wrong.”

“Mr. James told us that his contacts with (the woman) were part of a mentoring relationship,” the report says. “However, we found no evidence to support his assertion.”

The woman told investigators she feared for her job if she complained about him. “I could get fired. He’s someone who’s so much higher than I am.”

The second woman was “an employee who Mr. James ‘mentored,’ by massaging her neck behind a closed door in his office on two occasions while making an inappropriate comment, ‘I love this,'” according to the report.

The woman broke off the mentoring relationship but did not report James because she feared retaliation. She eventually quit the agency in part because of his actions, the report says.

Since James retired, the report was added to his personnel file, the inspector general concluded.