Former Vice President Joe Biden has begun making a few cautious forays back onto the campaign trail. But generally, even as President Donald Trump stumps around the country, Biden is remaining close to his Delaware home as the pandemic has forced him into a kind of virtual front-porch campaign. You have to go back more than a century for the last time two candidates brought such different approaches to campaigning. 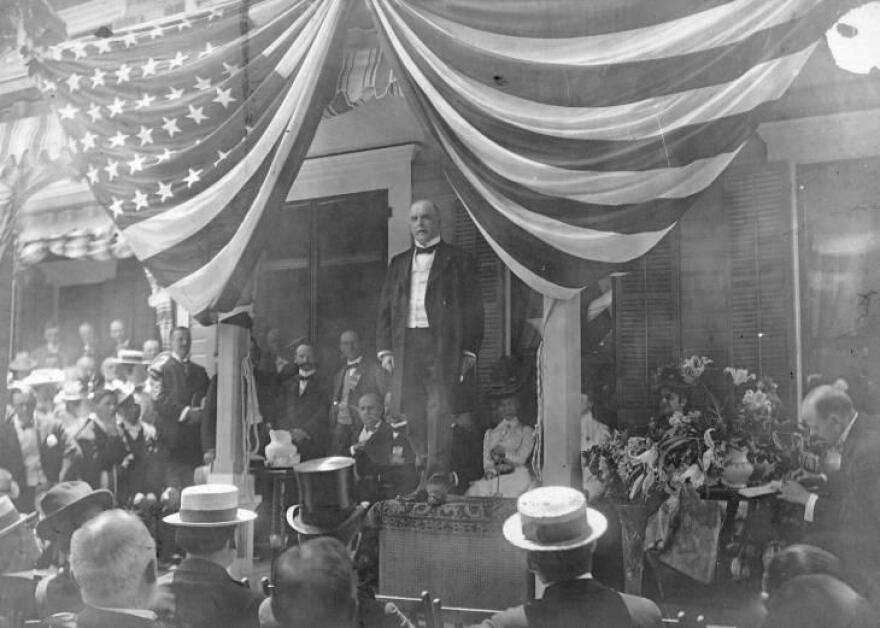 President William McKinley’s front porch as it stood in Canton.

William McKinley’s front porch here disappeared decades ago along with the rest of his home on Canton’s Market Avenue. Crews moved it all to the southwest end. Then it slowly crumbled away.

But Kim Kenney, executive director of the  McKinley Presidential Library and Museum, points to a rare remnant of what was once the most famous front porch in America.

“We have a chair that we actually authenticated as having been on that front porch because we have a picture of him sitting in it,” she noted.

The screw holes and scratches all matched, and that rocker now sits on a replica of the porch from which the 25th president ran his first campaign. Behind it is a mural of McKinley surrounded by men wearing bowlers and derbies. They represent the nearly 750,000 people who, from August through November of 1896, rode into Canton’s train station and marched up Market Avenue to hear the Republican candidate’s take on the two hot-button issues of the day: tariffs and the gold standard.

And cheering wildly over those issues were a range of groups from tinsmiths to pumpkin growers.

“It was a boisterous kind of parade and a celebration to get up here. And then you would do your speeches and be able to meet the candidate, and then he would talk to you and shake everybody’s hand,” Kenney said.

Then they marched back down Market, sometimes passing the second, or third, or fourth delegation of the day.

It wasn’t the first time presidential candidates had the crowds come to them. James Garfield tried it nearly 20 years earlier, when about 17,000 people showed up at his Mentor farmhouse. But McKinley’s is viewed as the start of modern presidential campaigns and his was by far the most complex and most successful such effort. On the Saturday before the November election alone, some 20,000 people crowded into Canton.

Then, as now, health played a part in shaping the campaign. But it wasn’t a world pandemic. It was the fragile health of McKinley’s beloved wife, Ida, something an animatronic Bill and Ida chat about at the museum.

“I am very happy to have you nearby as I am not feeling well these days,” Ida said. 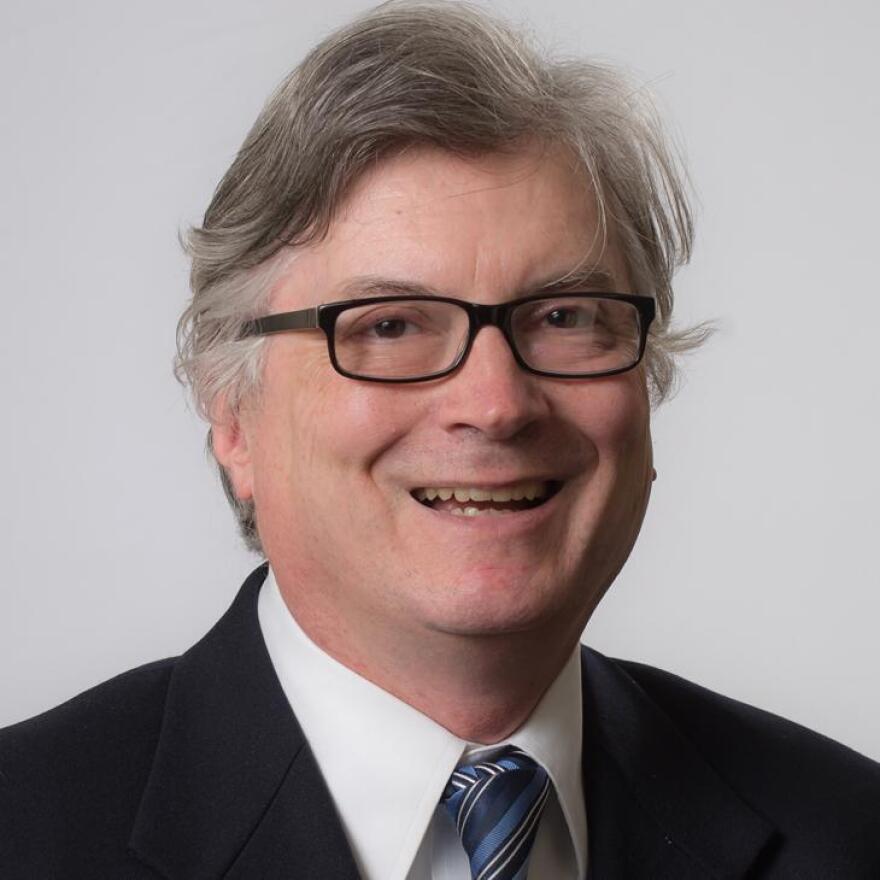 William Harpine, a University of South Carolina professor who wrote the book “From the Front Porch to the Front Page,” says parallels between 1896 and 2020 abound, though they don’t always follow party lines.

“One thing that is striking is we have today a contrast between a candidate, Joe Biden, who is sounding as if he wants to be a unifying candidate, and Donald Trump, who is explicitly appealing to one side of America and depicting the other as dangerous and frightening,” Harpine said.

Back in 1896, it was the Republican McKinley who ran as the unifier and whose personal narrative most closely matches Democrat Biden: a decent man shaped by personal tragedies, including the death of his young daughter. But Harpine noted it was the Democrat William Jennings Bryan who fired up his packed rallies as he whistle-stopped through nearly half of the then 45 states and warned what those he identified as “enemies” would do to the country.

“He depicted in his famous Cross of Gold speech a conflict between the Eastern business elites and the ordinary Americans of the heartland,” Harpine said.

Both candidates then, as now, couched their campaigns in terms of what they could do for American workers and their families as the nation struggled through an economic depression. And for McKinley, like Trump today, that included tariffs.

But Harpine says the strongest parallel between the campaigns nearly 125 years apart is that the messages were made for the media, and the media aligned with a sharply divided country. Today, it’s MSNBC vs. Fox. Then, it was powerful newspaper publishers like William Randolph Hearst vs. H.H. Kohlsaat.

McKinley may have stayed on his front-porch, but his words were aimed at a national audience, and political mastermind Mark Hanna and Canton’s Republican newspaper ensured they got they got to that audience.

“A shorthand reporter from The Repository actually sat on his front porch with him copying the proceedings down word-for-word in shorthand, which were then printed in The Canton Repository and sent by wire services all over the country,” Harpine said.

The made-for-media events were an effective counter to Bryan, whose oratorical skill ensured coverage wherever his special train stopped.

As with most historical parallels, there are plenty of exceptions to the lines drawn from 1896 to 2020.

For one, nobody accuses either Trump or Biden of being a great orator.

And then there’s the campaign cash, the sheer amount of it. The 1896 race was expensive, costing more than $4 million. But in 2020, Trump and Biden have been raising more than that in a single day.

Cleveland industrialist Mark Hanna was the organizer and financier of the front-porch campaign. He also was the foil for publishers like William Randolph Hearst who found McKinley a hard man to attack personally and settled on caricaturing Hanna as “Dollar Mark” and McKinley as his puppet.

Hanna was born in New Lisbon and got his start in his father’s grocery business in Cleveland at 15 years old. He married into the coal business, and before he was 50, his companies dominated coal, iron and steel, while he also was running Cleveland’s streetcar system.

Likewise, he came to dominate GOP politics not long after he joined the party in the 1860s, and his favored Republican presidential candidates included fellow Ohioans Rutherford B. Hayes and James Garfield.

“To get McKinley nominated, Hanna used every means possible to sway delegates,” Harpine said. “He gained the support of southerners, for example, by promising them the rewards of patronage. He pledged to eastern delegates strong support for a gold standard currency. This tactic put Hanna’s candidate at odds with Silver Republicans in western states, but it shored up the winning coalition that got McKinley nominated on the very first ballot.”

When it came to the general election, Hanna initially wanted McKinley to launch his own whistle-stop campaign train to compete with William Jennings Bryan. But according to historian H. Wayne Morgan, McKinley vetoed the idea saying, “I might just as well put up a trapeze on my front lawn and compete with some professional athlete as go out speaking against Bryan.”

Instead, they came up with a system paid for by Hanna to bring delegations of supporters from across the U.S. to Canton. Sound money clubs, bicycle advocates, pumpkin growers, even, Morgan notes, “delegations of men over six feet in height, including the “Six Footers Club of Pittsburgh,” and the “Six Footers Protection and Sound Money Club of Wheeling, West Virginia.”

The morning-through-evening rallies created media events, carefully transcribed by the Canton’s Evening Repository and sent by wire across the country. 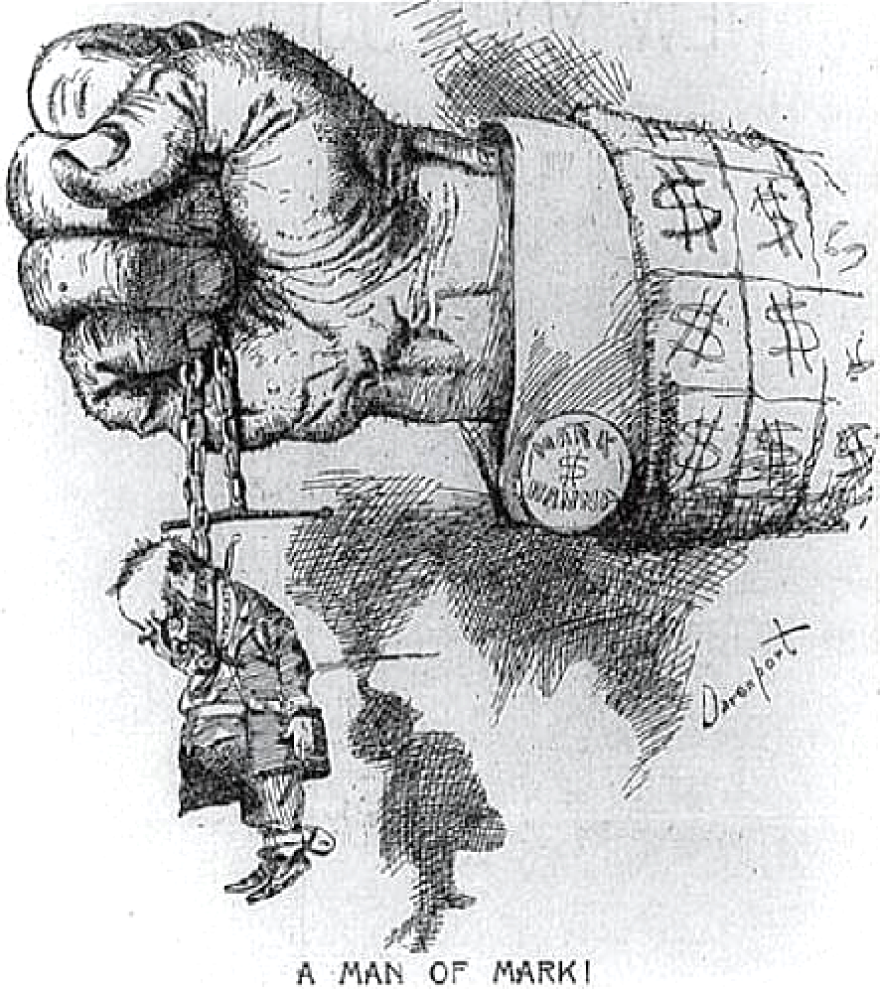 After he was elected, McKinley offered Hanna a cabinet post; he turned it down. “Newspapers would have cartoons of me selling the White House stove!” Instead, he headed to the Senate, though he also co-chaired McKinley’s re-election campaign in 1900. But there was no reprise of the front-porch campaign. Presidents at the time didn’t actively campaign, especially not from the White House.

Stump speeches from the front porch

McKinley speeches often had a local feel. He’d recognize someone he knew in the crowd. He praised the industries where they worked and the towns and other interests they represented. And he shook hands, lots and lots of hands.

But both Harpine and Kenney say the core of McKinley’s message was aimed firmly at a national audience and focused on two issues: He supported tariffs and backed the GOP platform that established gold as the only standard for redeeming paper money. That was the case, Harpine said, though McKinley had reservations about both policies.

His speeches equated those fiscal policies with winning the Civil War — during which he’d risen to the rank of brevet major.

Here’s a partial transcript of a speech delivered from his front porch:

“Our creed embraces an honest dollar, an untarnished national credit, adequate revenues for the uses of the government, protection to labor and industry, preservation of the home market, and reciprocity which will extend our foreign markets.

“Upon this platform we stand, and submit its declaration to the sober and considerate judgment of the American people.”

William Jennings Bryan’s speech at the 1896 Democratic Convention is largely regarded as one of the best political speeches in American history. After it, “Bedlam broke loose,” and the former Nebraska congressman became the Democratic presidential candidate. And pundits, who had predicted a huge Republican win (based the GOP’s cash advantage and a Democratic administration being in charge during a Depression) suddenly saw a race worth watching.

Here’s the crescendo of the 35-minute speech in which Bryan lambasted the Republican call for gold to remain the only standard used to redeem paper money. Bryan wanted both gold and silver to be the standard:

“It is the issue of 1776 over again. Our ancestors, when but three millions in number, had the courage to declare their political independence of every other nation; shall we, their descendants, when we have grown to seventy millions, declare that we are less independent than our forefathers? No, my friends, that will never be the verdict of our people. Therefore, we care not upon what lines the battle is fought. If they say bimetallism is good, but that we cannot have it until other nations help us, we reply that, instead of having a gold standard because England has, we will restore bimetallism, and then let England have bimetallism because the United States has it. If they dare to come out in the open field and defend the gold standard as a good thing, we will fight them to the uttermost. …

“Having behind us the producing masses of this nation and the world, supported by the commercial interests, the laboring interests, and the toilers everywhere, we will answer their demand for a gold standard by saying to them: “You shall not press down upon the brow of labor this crown of thorns; you shall not crucify mankind upon a cross of gold.”