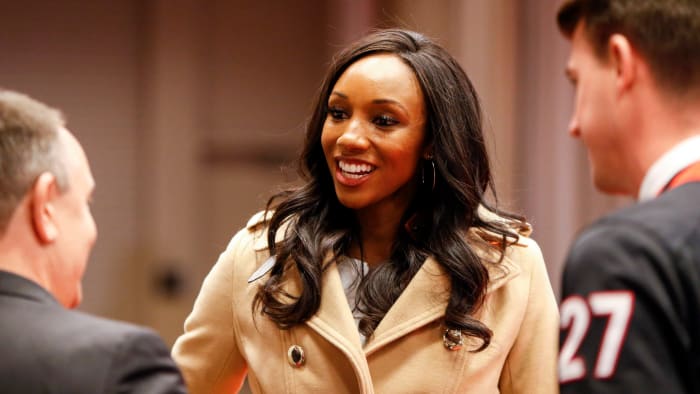 McNeil tweeted a picture of Taylor on the sidelines at MetLife Stadium on Monday, writing “NFL sideline reporter or a host for the [Adult Video News] annual awards presentation?”

McNeil deleted the tweet after receiving criticism. He was fired on Tuesday.

“Dan McNeil is no longer an employee at The Score,” Entercom Chicago said in a statement. “Last night’s tweet, and it’s degrading and humiliating tone to a fellow female broadcaster, was unacceptable.”

Taylor responded to the news of McNeil’s firing on Tuesday.

“Well Danny Dearest if you would like to continue making sexist comments about me…please bring your misogyny with you to the NBA Countdown double header I’ll be hosting tomorrow night,” Taylor tweeted. “Hey ladies remember you can wear whatever you feel confident in!”

Taylor has been at ESPN since 2014. The Georgia graduate is currently the host of NBA Countdown and has also appeared on College GameDay and Get Up.