The skies over the South China Sea

Evergrande and these Chinese real estate developers are already in trouble

PHILADELPHIA (WPVI) — President Donald Trump has arrived in Philadelphia on Air Force One ahead of a town hall event hosted by ABC News on Tuesday evening.

Chief Anchor George Stephanopoulos will anchor the event, titled “The President and the People.”

According to the network, the forum will provide uncommitted voters the opportunity to ask the president their questions on issues affecting Americans from the coronavirus pandemic and economic recovery to protests for racial justice and climate change.

The guests, selected by ABC, come from a wide background. Some previously voted for Trump, others did not. The questions will be on a range of issues, like racial tensions in America, the economy, the handling of the pandemic and jobs.

Protesters gathered in Old City ahead of the event, some started arriving early in the morning.

According to ABC News, 1 in 4 voters have not made up their minds, but some residents say they know who they want in the Oval Office.

“I am most decided,” said Barbara Knowles of Philadelphia. “I tell you, there’s no man who has ever put up with what he put up with and he keeps doing it day-to-day.”

“He said that he created ten million jobs yet he doesn’t talk about the 40 million that are gone. There’s so much bs that people are just fed up with Trump, so there shouldn’t be an undecided voter,” said Vincent Squire of Camden, New Jersey.

Pennsylvania is a crucial battleground state. Tuesday will be the second time the president has arrived in the state in two weeks.

There will be detours on the roads and mass transit due to the town hall event. The rolling closures began during the afternoon rush along I-95 and I-676 between Philadelphia International Airport and the National Constitution Center.

There will also be closures around the National Constitution Center, which is located at 525 Arch Street in Old City.

Passengers will be able to board at 2nd & 8th Street stations. 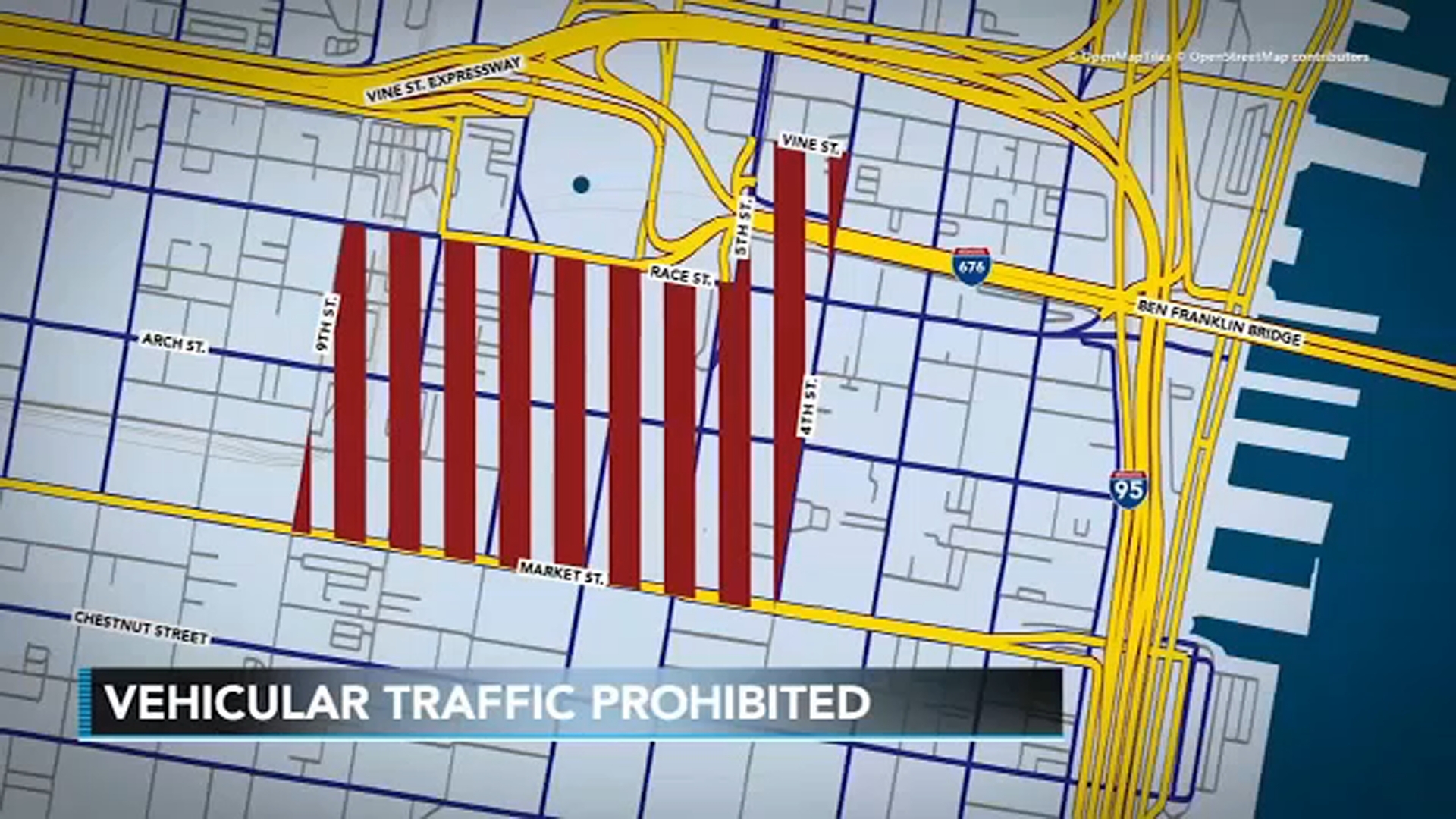 Trump reacts to ruling on restrictions in Pa.

The president arrived in Philadelphia after a visit to Arizona, where he reacted to a federal court ruling that Governor Tom Wolf’s pandemic restrictions were unconstitutional.

“We had a victory just now in Pennsylvania. I don’t know if you heard about it,” said Trump. “They were ordered to open it up- a federal judge- open it up and let the people get back to work.”

U.S. District Judge William Stickman, appointed by President Trump, sided with plaintiffs calling Governor Wolf’s orders in March initiated by the pandemic unconstitutional. Specifically referring to the restriction of large gatherings, the shuttering of non-life sustaining businesses and a stay at home order.

The suit was filed during the state’s red phase when most businesses were closed, and Wolf has since eased many of those restrictions.
An attorney who represents the plaintiffs said that current restrictions, like limits to gathering size, can’t be enforced.

The governor’s office said it will appeal.

ABC offered to host a similar town hall for Democratic presidential nominee and former vice president Joe Biden but ABC and the campaign we’re not able to find a mutually agreeable date. Biden will have his own town hall on CNN on Thursday.

Report a correction or typo