Cases are increasing here and across Europe as universities plan to reopen. What is the outlook for autumn? 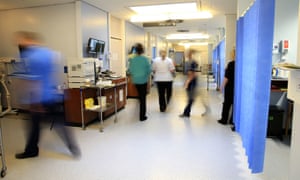 Is this the start of a second wave, and if so will it be as bad as the first?
The number of Covid-19 infections has almost doubled in a week, with 3,497 cases announced yesterday. Admissions to hospital have also risen. We’ll find out soon if this is a second wave but there are some indicators of what is coming.

Cases are rising quickly…
Researchers at Imperial College London said on Friday that the number of cases had been doubling roughly every 7.7 days in England, and that the reproduction rate was as high as 1.7. If the virus continues to spread at that rate, the UK would see about 10,000 new cases a day in the next two weeks, with 300 to 400 hospital admissions a day.

… but April levels are still a way off
In April, about 3,000 people were admitted to hospital every day, and the number of deaths doubled every four days. At the current rate of infections and admissions, it would take five weeks to reach those levels.

Other illnesses may afflict the NHS
The NHS is better prepared now. Earlier this year, many infections were passed on in hospitals and care homes. Most have since developed ways to keep Covid patients separate, and have better ways to treat sufferers. Yet the number of patients admitted with other illnesses such as flu and norovirus has historically risen in the winter months.

Social distancing rules are tighter…
The rule that no more than six people can gather socially comes into force in England tomorrow. But will people will follow it? The Office for National Statistics says in England and Scotland only 46% of adults said they always maintained social distancing.

… but universities are reopening
Nearly 28% of new infections are in people in their 20s, and the rate has hit 46 per 100,000 people in that age group. Schools are open and universities are reopening, While social distancing measures are in place, large gatherings in classrooms and lecture theatres are in stark contrast to the rule of six. Rates have also risen rapidly for people aged 30 to 59 in the past week. People in their 70s are still seeing fairly low rates of infection, but those numbers are also rising.